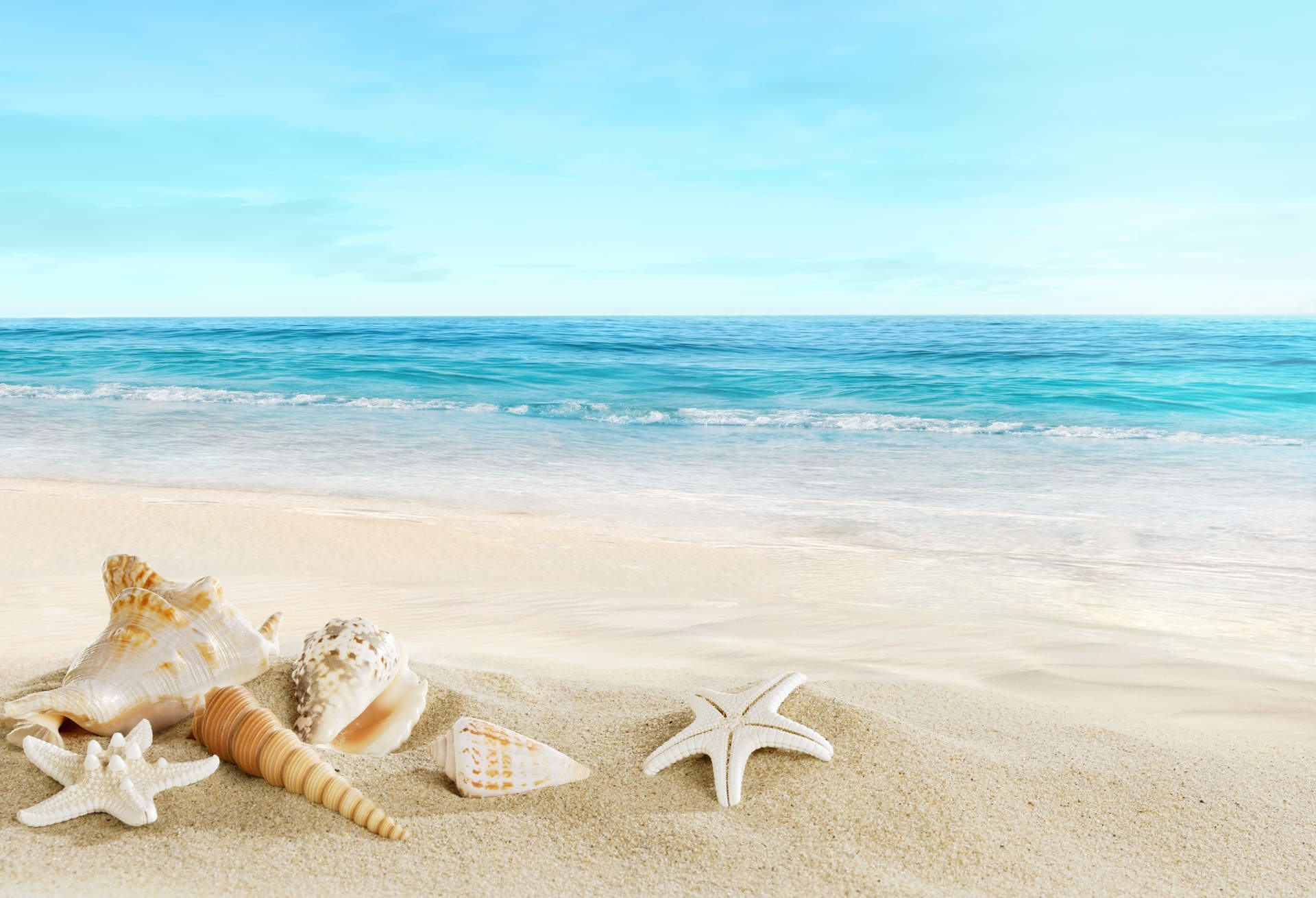 Back to Listings
Photos 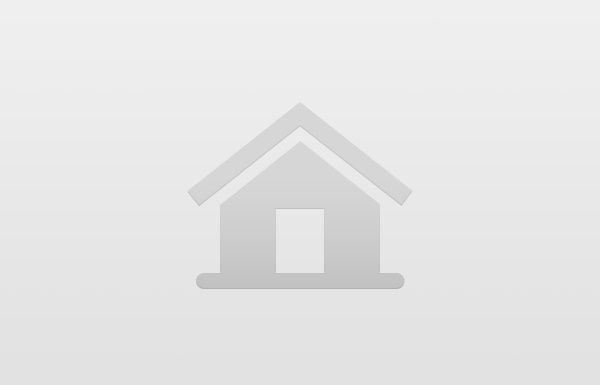 This holiday villa is situated in Los Altos Torrevieja, Costa Blanca Spain and is suitable for family holidays or for Golfing holidays and Bowls groups.The villa is ideally situated to provide suitable accommodation for up to six adults in comfort. The property benefits from- 2 bathrooms, 2 twin bedrooms and 1 double bedroom, 3 terraces, double glazing, cavity wall insulation, alarm system, UK tv channels, fast speed 400mb fibre broadband, washing machine and is fully equipped with spare bedding and towels. There is off road parking available.

The villa has a small covered terrace with a table and chairs at the front of the property so you can relax in the the shade at the end of the day. The lounge area contains seating, stereo a flat screen television and leads into the dining area. The kitchen is equipped with all the items you may require for a self catering holiday. Next to the kitchen is a utility area, this contains a washing machine and clothes drying area. Also suitable for storing bulky items, bikes, golf clubs etc. Also on the ground floor is a fully tiled bathroom with wc, shower, bidet and basin and a twin bedroom with fitted wardrobes. There is air conditioning on the ground floor only.

On the first floor of the villa are two further bedrooms (1 double and 1 twin) with fitted wardrobes and another fully tiled bathroom with a shower/bath, wc, bidet and basin. From the hall a door leads out to the large 1st floor roof terrace. A spiral stair case leads from the first floor up onto the roof terrace (so may not be suitable for small children, the elderly or infirm) offering views over the surrounding area and a choice of either sun or shade.

The holiday villa offers off road parking, and is within walking distance of local facilities (several bars, restaurants two supermarkets (Aldi and Consum) although we would recommend hiring a car. The communal pool is 30 yards away.

There is also a local restaurant with a large swimming pool a few minutes walk, there is a nominal charge to use this pool or free if you are using the restaurant/bar/sports facilities.
Local facilities within 5 minute walk of the villa include-
5 restaurants, internet cafe, 3 bars, a food store (Aldi) , Bus and taxi service
Local facilities within 15 minute walk from the villa include -
Bars (approx 5) Restaurants (approx 5) Supermarkets (3)
Within a five minute drive you will find - Bars (25) Restaurants (25) Supermarkets (7) Selection of beaches, pools etc

Situated on the Costa Blanca the villa is approximately one hours drive South from Benidorm and 30 minutes from Alicante airport, Torrevieja nestles between the Mediterranean sea and two large salt lakes. A predominantly Spanish holiday resort, Torrevieja has all the facilities you would expect yet still retains a relaxing friendly atmosphere.

Torrevieja is surrounded by two large and beautiful natural salt water lakes which form the "SALINAS DE TORREVIEJA" and are an official Spanish Nature Reserve. These lakes attract a wide variety of bird life.

The concentration of salt and the temperature, combine to endow this area with a particularly healthy micro-climate, recommended by doctors for its beneficial properties. Bathing in the salt lagoons is also becoming popular for many medicinal reasons. The climate in Torrevieja makes it an ideal location for year round holiday activities. Especially, if you want to fulfil that yearning for a round of golf during those dreary winter months in other parts of Europe. On average Torrevieja offers 340 days of sunshine per year and an average annual temperature of 18°C. Temperatures in the summer are typically 30°C.

Torrevieja is famous in Spain for it's many fiestas. The biggest being the Habaneras Festival in August. For forty years, every August, Torrevieja has held its traditional Competition of Habaneras and Polyphony, which now has an international character, since it is one of the greatest cultural celebrations in Europe. Voices from all over the world come together in Torrevieja, and the Habanera sings its way out of the Competition precincts, and becomes the folklore of the locals. For a whole week, Torrevieja sways to the rhythm of the habanera, with its tropical flavour from Cuba. The competition awakes the interest of thousands of people throughout Spain, who experience it each year live in Torrevieja.

For the lovers of ecological and environmental tourism, you will not do better than visit the lakes of La Mata and Torrevieja to enjoy a mud bath, recommended by doctors around the world for its curative properties for a large number of rheumatic dermatological, heart and respiratory complaints.

Zenia Boulevard, the largest shopping centre in Europe, is a short drive away. Zenia Boulevard has a traditional Mediterranean design, featuring more than 600 trees and 55 different plant species in the various gardens and open spaces which give colour to the shopping centre. Its layout is designed to reflect a typical Spanish village, with various "town squares" such as Plaza London Square or Plaza Mayor linked by "streets" lined with shops of every description.

The centre accommodates popular national, international and local brands such as the hypermarket Alcampo, Leroy Merlin, Tenpin bowling, Primark, Inditex with Zara and their other trademarks H&M, C&A, Deichmann, Guess, Geox, Swarovski, Punto Roma, Muerde la Pasta, Kiko, Druni and Marvimundo. There is a Casino there and childrens play areas.

NO SMOKING IS PERMITTED INSIDE THE PROPERTY. Smoking on the terrace only, please.

Please note cleaning charges and being met at the property with the keys are included in the price. (Not for lets of 2 months and over) Please ask for very competitive rates in the winter season

A booking deposit of 25% is required to reserve and the balance to be paid 8 weeks before arrival. Changeover days are negotiable depending on existing reservations, midweek bookings accepted. Any evidence of smoking anywhere within the property will result in the forfeit of the damage deposit. A damage and key deposit of £100/150euros is required and will be returned after satisfactory inspection of the property. Payment may be made by personal cheque, bank transfer, or we can offer secure credit card/debit payments. 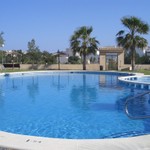 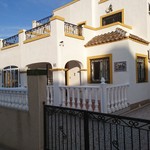 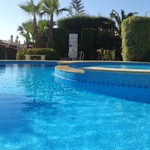 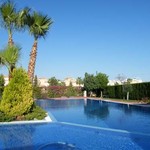 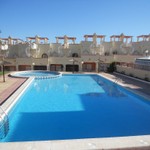 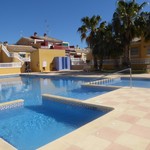 The calendar is an approximation of availability and is updated every 10 minutes. For exact availability please send an enquiry. Some owners do not update their calanders.

Rates
Please note that all rates and prices are subject to change and for a final booking quote you should contact us directly. All care has been taken to show accurate prices, however, due to currency conversions actual booking value may vary .